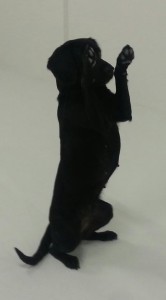 The National Lottery is celebrating its first 20 years, during this time over 430,000 projects have received funding.

The top projects have been invited to London to a photo shoot and Headway Suffolk’s Brainy Dogs, Faith and Hope, were invited to take part.

Brainy Dogs take rescue dogs from Felixstowe Blue Cross and are trained by prisoners to become companion dogs to people with a brain injury or neurological condition.

The photo shoot aim is to produce a finished “Where’s Wally?” style film that features a multitude of eclectic activities in one composited shoot.  The finished image will consist of over 100 people all at the same scale and so it will be wonderful for people to look again and again at all the things happening.

Sophie Mayes, Headway’s Brainy Dogs co-ordinator, said: “We took Faith (Staffordshire bull terrier), who has been with her owner now for about 2 years, and Hope (a centre dog).  We met some of the other organisations taking part which was interesting and then had photos and filming taken for the picture.  We also spoke talked about how the Lottery had helped us.” 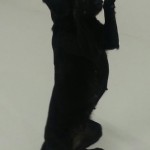 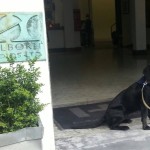 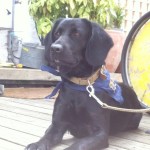 Visit our Brainy Dogs page to learn more about the project with more photos and video.
This article was posted in Uncategorized. Bookmark the permalink.