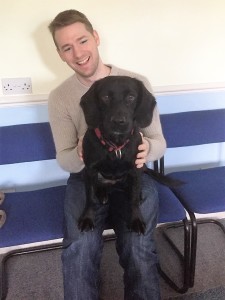 A group of friends are running the Brentwood Half Marathon on Sunday 20 March to raise funds for brain injury charity Headway Suffolk’s Brainy Dogs service.

Thirty-year-old Campbell Gibb-Stuart sustained a traumatic brain injury after a 25ft fall from a ledge near Fenchurch Street Station in London in 2013.

Headway is working with Campbell towards the goal of him having a Brainy Dog at home to assist with his recovery and rehabilitation.

His fiancée Lucy French is again leading a group of friends in the half marathon after raising £6,000 for Headway East London previously, who have been vital in their support of her.

Campbell is currently being trained by Headway Suffolk’s Brainy Dogs co-ordinator Sophie Mayes, with the eventual aim of him having a Brainy Dog when he returns home.

Sophie said:  “At the moment I am seeing Campbell every other week with Hope (brainy dog).  We are working on the commands he will be using with his own dog so they are easy to remember for him, such as sit, down, recall and stay, as well as working on lead work.

“When he is further down the road in his return to home I will find him a dog who will then be boarded.  The visits will then take place with his own dog and then there will be a gradual handover until he is able to have it at his own home full time.” 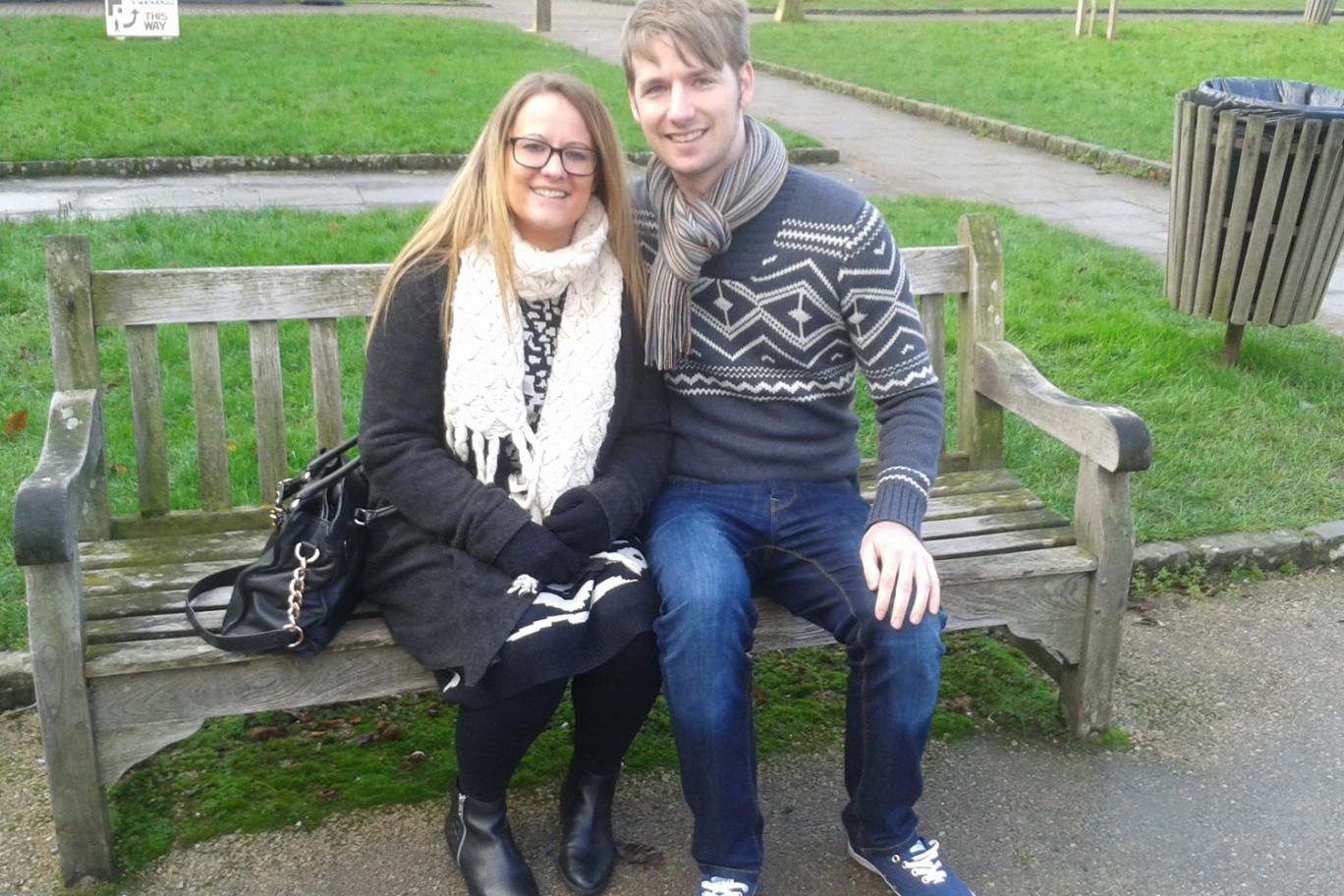 The couple, who were engaged for only three weeks before Campbell’s accident, plan to move in to their home this year, continue with wedding preparations and welcome home a Brainy Dog.

Lucy said:  “Headway are busy working with Campbell to train and eventually home a dog that will not only be company, but will help to continue Campbell’s rehab when he comes home.  A very worthy cause I am sure you will agree.”

Headway Suffolk’s Brainy Dogs scheme, launched in 2011, is mainly funded by the National Lottery.  Felixstowe Blue Cross supply dogs to be trained by prisoners at Hollesley Bay Prison, who are then either given to a Headway client for adoption or, like Hope, work for the charity supporting clients.

To support Campbell, Lucy and their friends’ cause, go to: http://uk.virginmoneygiving.com/team/Irons

Read more on their story in the Romford Recorder at: http://bit.ly/1MaOvxc

Read more on their story in the London Evening Standard: http://bit.ly/21ftA6C

Read more on their story at After Trauma: http://bit.ly/1XMDrLM