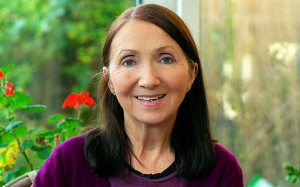 Neurology charity Headway Suffolk is delighted to announce that author and educator Dr Jane Hawking will be guest speaker at their Neuro Conference on 4 October 2017 at BT Labs at Adastral Park, Martlesham Heath.

Dr Hawking will be talking on her life as a family carer and the challenges that this brings.

Dr Hawking’s 2007 autobiography Travelling to Infinity: My Life with Stephen, re-published from the 1999 original Music to Move the Stars: A Life with Stephen, was made into the multiple award-winning 2014 film The Theory of Everything, in which she was played by actress Felicity Jones.

The memoir and movie were based on her first marriage to world-renowned scientist Professor Stephen Hawking, who was headline speaker at this year’s Neuro Conference in October talking about his life with motor neurone disease, which attracted huge interest with 800 people attending at two venues.

Helen Fairweather, Chief Executive of Headway Suffolk, said: “Headway Suffolk was thrilled when Professor Hawking spoke at our conference in 2016.

“Straight after the conference I read Dr Hawking’s book and realised that her experiences as a family carer are still relevant today.  We are equally pleased and excited that Dr Jane Hawking is presenting at our 2017 conference.”

Dr Jane Hawking said: “I should be delighted to address Headway Suffolk’s Conference.  I strongly support any organisation that aims to help sufferers and their family carers, and I would hope to be able to make some suggestions, gleaned from my own experience, as to how this might be done.”

Other keynote speakers will be announced in due course.

The event is again being kindly sponsored by BT and Irwin Mitchell Solicitors.

Tickets are again priced at £30.  Early booking can made at: https://www.eventbrite.co.uk/e/headway-suffolks-neurological-conference-2017-tickets-29688174128