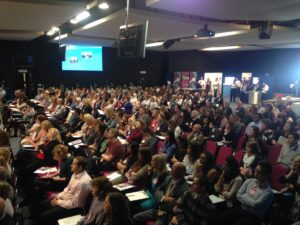 Neurology charity Headway Suffolk is delighted to announce another keynote speaker at their Neuro Conference on 4 October 2017 at BT Labs at Adastral Park, Martlesham Heath.

He will join author and educator Dr Jane Hawking, who will talk on her life as a family carer following her first marriage to world-renowned scientist Professor Stephen Hawking, who was headline speaker at last year’s Neuro Conference.

Helen Fairweather, Chief Executive of Headway Suffolk, said: “We are delighted to be able to announce another speaker.  I have heard Dr Lockington speak passionately about his work and Parkinson’s disease.”

BT and Headway Suffolk are aware that people who attended last year’s conference experienced traffic congestion.  To prevent this the times of the conference have been changed, there will more gates open and an easier admissions process.

Kevin Woollard, BT’s Director Research Engagement and Operations, said: “We are delighted to be hosting Headway Suffolk’s Neuro Conference again at Adastral Park.  Last year’s event was a huge success with an enormous amount of positive publicity.  I am certain this year’s event will bring the same response.”

Tickets are again priced at £30.  Early booking can made at: https://www.eventbrite.co.uk/e/headway-suffolks-neurological-conference-2017-tickets-29688174128.