Ten Things Not To Say 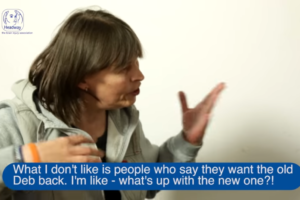 A local charity is looking to dispel myths and misunderstandings about brain injury by issuing a list of the top ten things not to say to someone living with the effects.

According to Headway Suffolk, a lack of awareness about brain injury, partly as a result of its often hidden nature, can result in well-meaning comments causing offence.

Brain injury survivors have shared the unhelpful, sometimes hurtful phrases, they hear on a regular basis.

The list has been released as part of Headway Suffolk’s A New Me campaign, which aims to highlight how lives and futures can change in an instant as a result of brain injury.

What not to say to someone living with a brain injury:

Peter, a 30-year-old IT technician from Bury St Edmunds, sustained a brain injury and post-traumatic amnesia after a cycling accident in Suffolk in 2011.  He has had to deal with several of the misconceptions.

He keeps a consultant letter from Addenbrooke’s Hospital on him to help explain his difficulties to others.  “It’s because nothing is visible.  I say things to people and they don’t understand because it’s not seen,” he commented.

Peter, who volunteers one afternoon a week at the charity assisting with technology, reduced his working hours to help combat chronic fatigue, a common effect of a brain injury.

He explained: “I can say I’m tired and at Headway people can understand that.  If I say I’m tired to someone else, they say ‘go to bed earlier’, but it doesn’t work like that, I wished it did.”

Helen Fairweather, Chief Executive of Headway Suffolk, said: “Living with a brain injury presents a wide range of challenges, but one of the most difficult things for many survivors is the lack of understanding from the people around them.

“We hope by sharing these examples, and giving a stronger voice to those living with the long-term effects of brain injury, we can help increase awareness around common misconceptions that can add to the frustration of living with a complex and often invisible condition.”