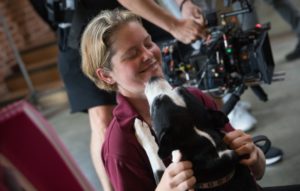 Our Brainy Dogs co-ordinator Sophie Wellum-Mayes was given a big surprise when she turned up to judge what she thought was a colouring competition by local children, only to be met with a stunning gallery of all the people and dogs she has helped over the last seven years – and then they appeared themselves!

The whole occasion, which took place at Snape Maltings in Ipswich, was secretly filmed by the National Lottery, and will be broadcast on prime-time Saturday (1 September) evening television during the commercial breaks of X Factor.

Watch the video below:

Click the image below to read the article in the Ipswich Star: 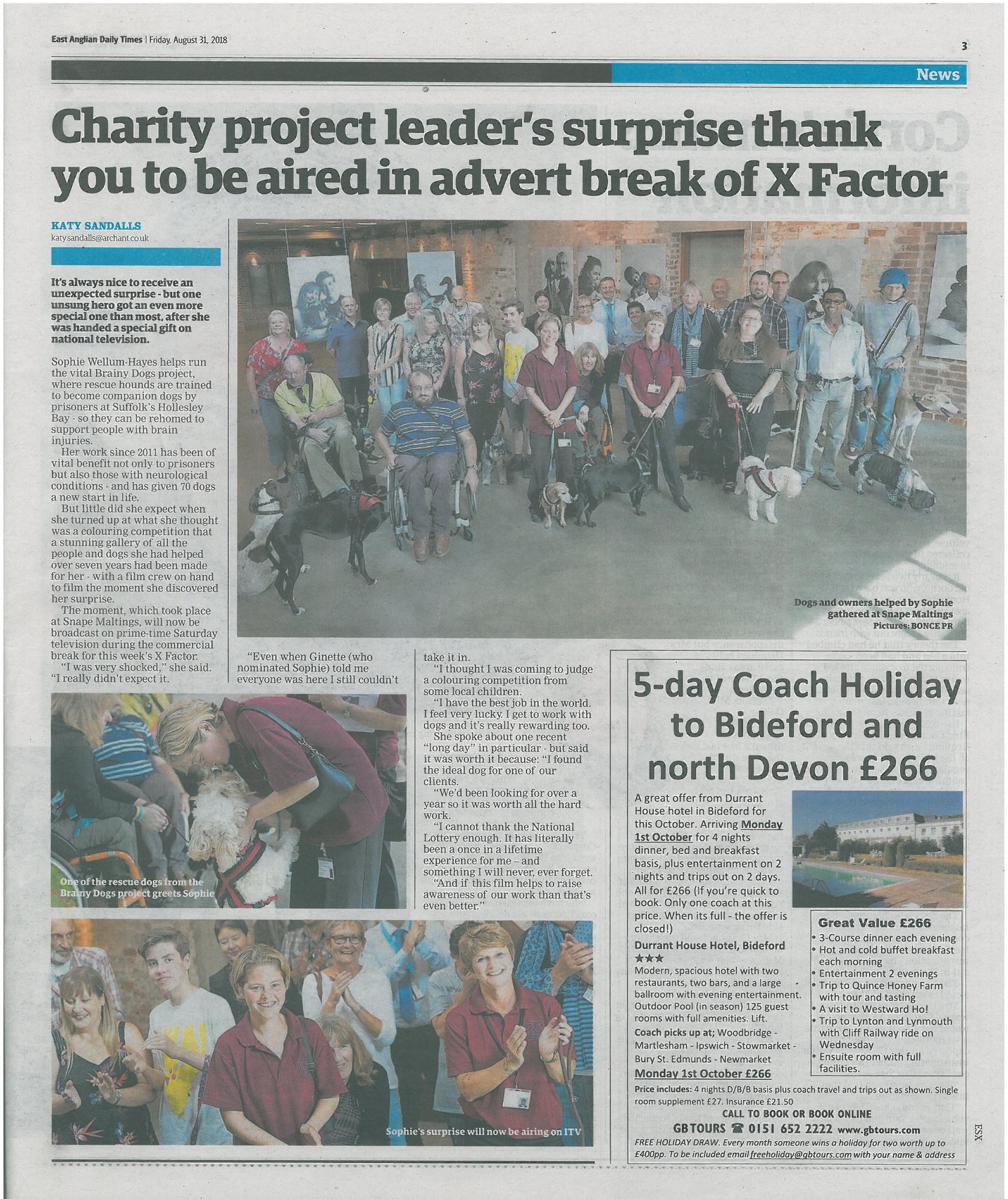