Dr Jane Hawking to speak about autism at Neuro Conference 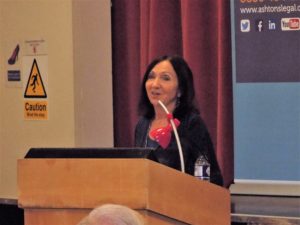 Neurology charity Headway Suffolk is delighted to announce that Dr Jane Hawking will be a keynote speaker at its fifth Neuro Conference on Wednesday 16 October at Wherstead Park in Ipswich.

Dr Hawking, an author and teacher, returns for a third successive conference after last year comparing the difficulties faced by disabled people and their carers back in the latter half of the twentieth century with those they face today.

In 2017, she described her life and 30-year marriage to renowned scientist Professor Stephen Hawking, who died in March last year, and with whom she had three children.

At this year’s conference, Jane will give an overview on autism, which is a lifelong developmental disability that affects how people perceive the world and interact with others. A person with autism means their brain works in a different way from other people.

Some people with autism can also have other problems, such as a brain injury or mental health issues, and Headway Suffolk is committed to providing appropriate support to those with autism and their families, and is working with Jane to establish this. 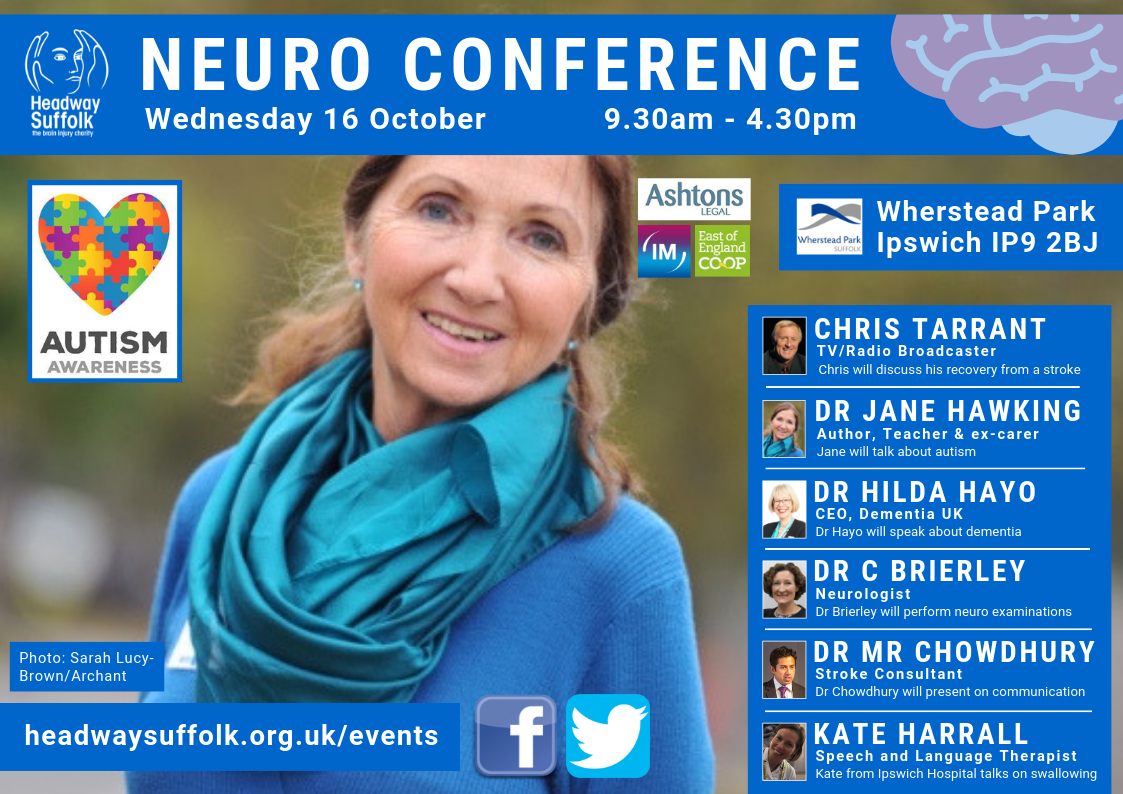 Jane is a patron of Headway Suffolk and regularly gives lectures across the world, most recently in Dubai and China, to raise awareness about the importance and unsung roles of carers to spouses with severe disabilities.

Dr Hawking’s updated 1999 autobiography, Travelling to Infinity: My Life with Stephen, was made into the 2014 Oscar-winning film The Theory of Everything. In recent years she has released novels Cry to Dream Again and Silent Music. She also has a PhD in Spanish poetry.

Dr Hawking is one of six experts who will present at the conference, which includes television and radio broadcaster Chris Tarrant, who will talk about suffering a stroke and his road to recovery.

Other speakers include; Dr Hilda Hayo, Chief Admiral Nurse and CEO of Dementia UK, who will talk about the care provided for the disease; Dr Charlotte Brierley, a neurologist at Addenbrooke’s Hospital and West Suffolk Hospital, where she will go through neuro examinations; Dr M Rahman Chowdhury, a stroke consultant at Ipswich Hospital, who will discuss communication difficulties and strategies; and Kate Harrall, principal speech and language therapist at Ipswich Hospital, who will present on the difficulties with swallowing.