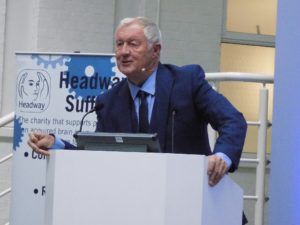 A fascinating speech by broadcaster Chris Tarrant about his experiences of having a stroke was the highlight of Headway Suffolk’s Neuro Conference at Wherstead Park on 16 October.

The TV personality, most famous for his presenter role on Who Wants To Be A Millionaire?, spoke about the side of his body going weak and his speech becoming slurred during an 11-hour flight from Burma five years ago, before collapsing at Heathrow Airport and being rushed to Charing Cross Hospital.

Chris said that he spent six months having intensive physio and speech therapy, and has gone on to make a full recovery. He was told by doctors that he had been very lucky and that the stroke had been caused by his life of “excess” – in particular, his workload and drinking, which he has significantly reduced.

Headway Suffolk chief executive Helen Fairweather updated guests about the variety of rehabilitation and therapy services the charity provides, as well as its plans for a new rehab hub and housing provision for Suffolk, named after Professor Stephen Hawking.

There were also speeches from Ashtons Legal and DM Orthoitics.

Brain injury survivor and Headway client Tony Blackwell captivated the crowds by producing a live painting during lunch, which was later sold, along with many of his other canvases.

The charity would like to thank all the distinguished speakers; the 200-plus guests who attended; hosts Wherstead Park; sponsors East of England Co-Op, Ashtons Legal, Irwin Mitchell and Slater Gordon; and all the trade stands. 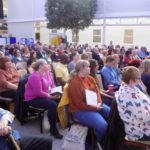 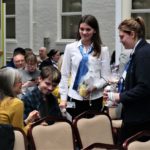 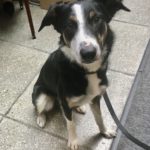 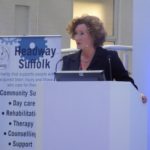 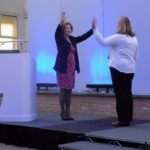 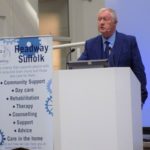 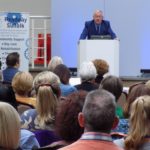 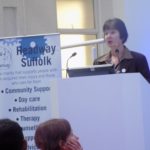 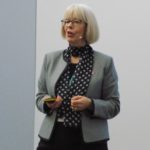 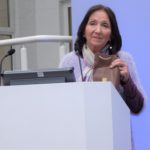 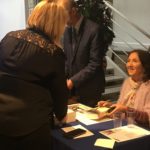 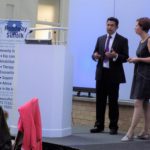 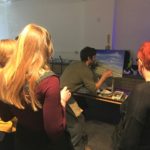