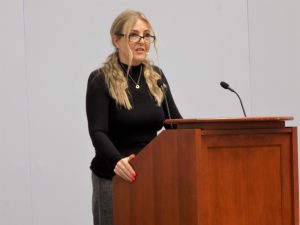 Dawn Astle has welcomed the Football Association’s announcement that they are to trial banning players heading a football in matches at under 12 level.

It follows research suggesting former footballers are more likely to die from brain disease than other people.

Dawn has campaigned tirelessly for improved player welfare for 20 years after her father, former England striker Jeff Astle, died with a degenerative brain disease caused by repeated blows to the head.

Dawn was a keynote speaker at our Neuro Conference last year, speaking passionately about her experiences.

She told TalkSport: “We know what’s happening to professionals but at some point, the disease CTE is forming in the brain and we know our children’s brains are still developing and are very fragile.

“I think this is a really important step forward to protecting our children from both concussion and CTE.

“It’s something we should have done years ago. We’ve needed to do something to prevent CTE, which is the neurodegenerative disease my dad died of and has been found in footballers’ brains and is entirely preventable.

“The important thing is they’ve done it. But now it’s important to educate people on why this is important, why they need to comply with this and getting concussion safety right in every club, in every in town, in every county up and down the country.” 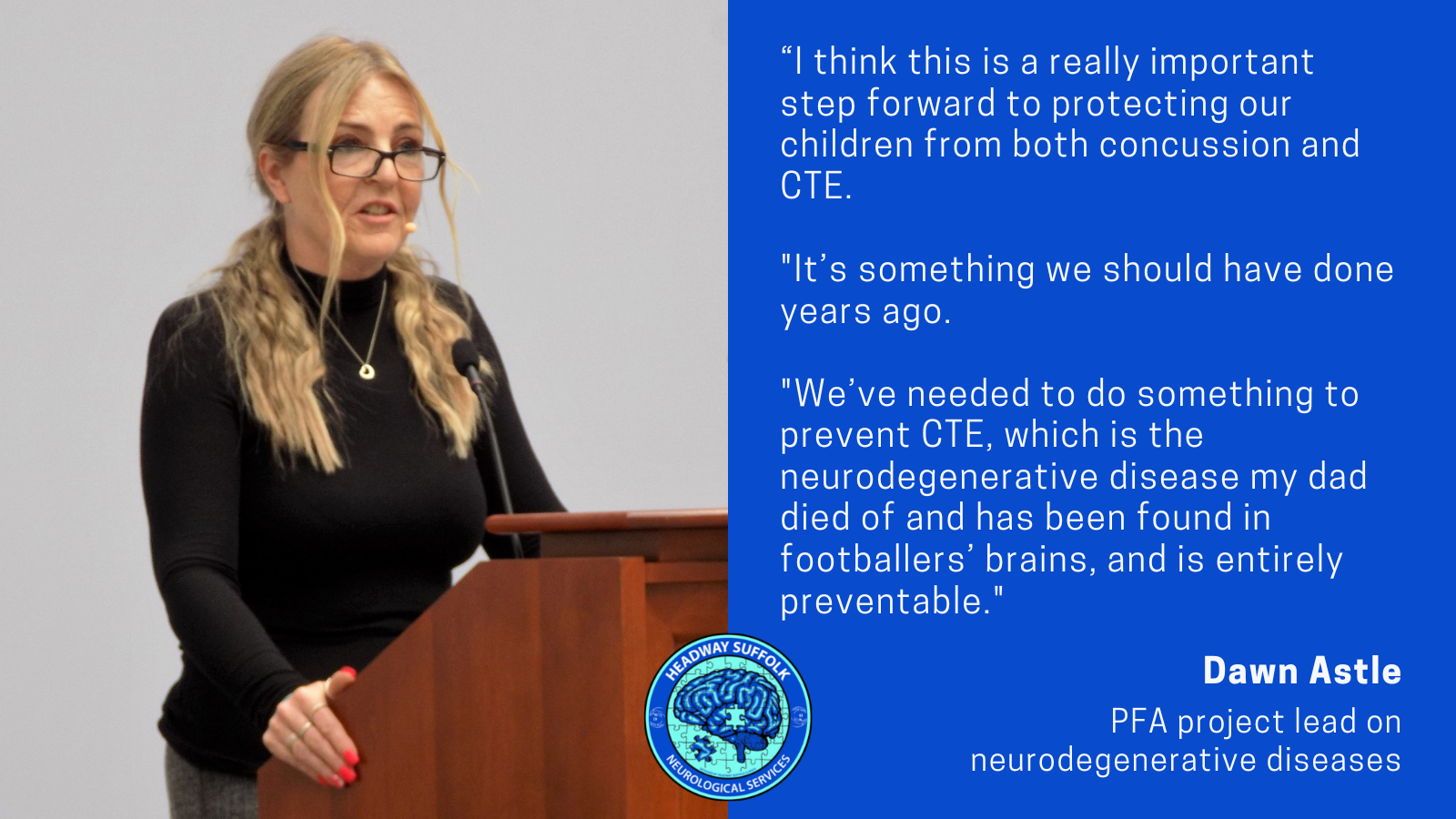 The FA has been granted approval from the International Football Association Board to introduce the trial in England from the start of the 2022-23 season.

It will be co-ordinated with the county FA network, leagues, clubs and schools throughout the country.

“Should the trial be a success, the aim is to then remove deliberate heading from all football matches at U12 level and below from the 2023-24 season,” an FA statement said.

As well as Jeff, members of the 1966 England World Cup squad, including Jack Charlton and Nobby Stiles, have died after suffering from brain functioning diseases believed to be linked closely to heading footballs.

Research into football and head trauma, led by consultant neuropathologist Dr Willie Stewart, has shown professional footballers are three and a half times more likely to die from dementia than people of the same age range in the general population.