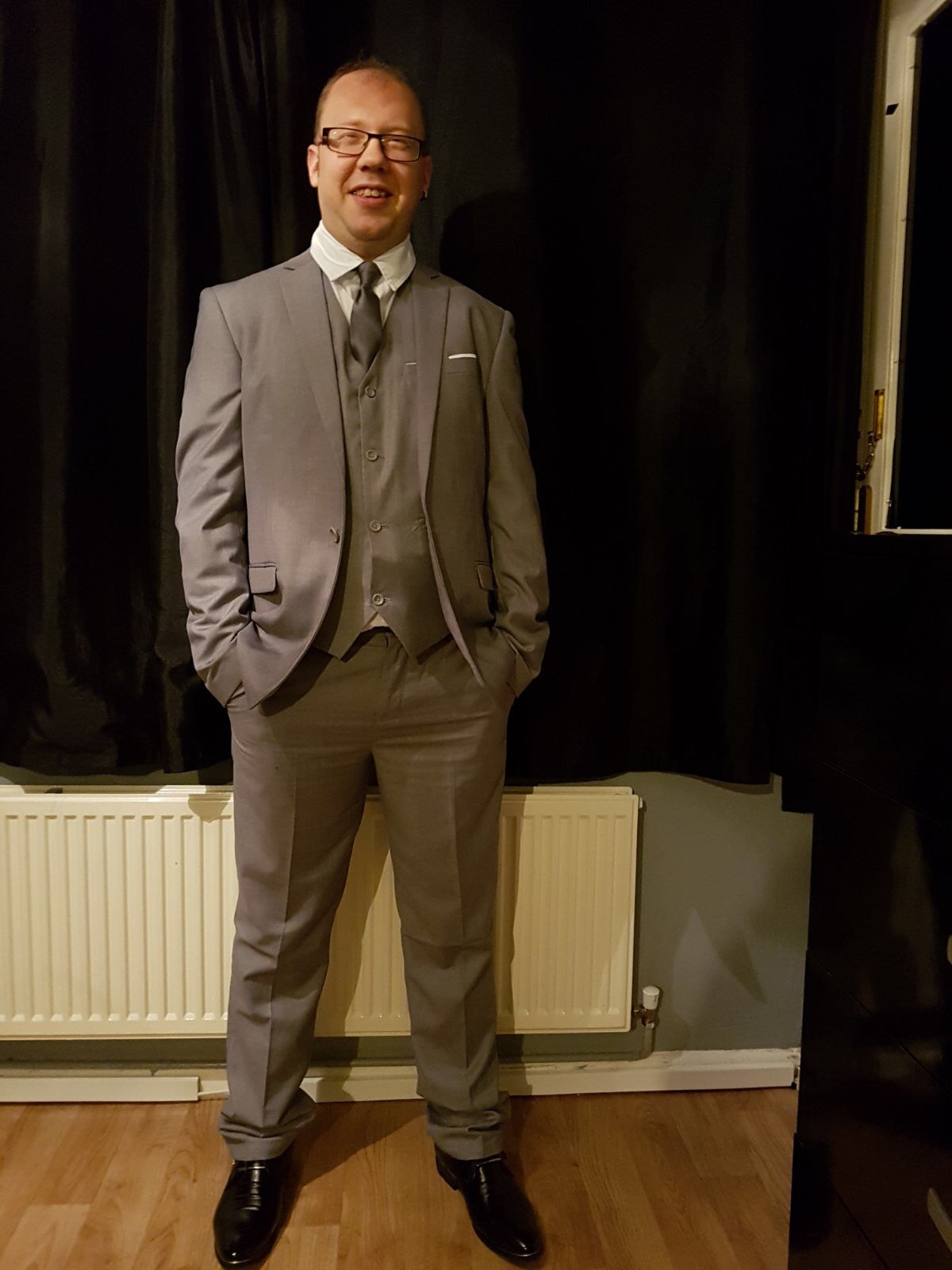 The progress Dean Osborne has made in his recovery after sustaining a life-changing brain injury is testament to his positive attitude and willpower.

He was 26 years old and set to start at an apprenticeship as an electrician when, on 17 May 2013, he sustained left frontal lobe damage as a passenger when his work’s van was struck at a crossroads near West Wratting, between Haverhill and Cambridge.

Dean, from Haverhill, spent a year in Addenbrooke’s, where he was placed in an induced coma for the first few weeks, and continued his rehabilitation at the Blackheath Brain Injury Rehabilitation Centre, before going to Stowmarket-based specialists Livability Icanho.

He joined Headway Suffolk in June 2014 when the charity opened a new satellite hub in Haverhill – which operates Wednesday’s at the Chalkstone Community Centre – and he continues to access community resources and attend appointments through the charity’s support.

The accident left Dean, now 31, with left-sided weakness and difficulties with his balance, coordination, speech and writing.

Through continued hard work with fitness programmes and walking, Dean’s mobility has steadily improved from being wheelchair-bound to independent with a walking stick.  Regular exercise and healthy eating has also helped him to lose two and three quarter stone in a year.

Dean explained: “My walking has got a lot better than what it was before, but there are still times because of the floor when you go out not being so even there’s obstacles that trip you up.

“Now, because it’s (Haverhill hub) only down the bottom of my hill, I haven’t got to use my mobility scooter as much so it betters my walking and stamina.

“Even when I’m walking down to Headway I can’t walk perfectly as my left side is still asleep and then you’re forever tripping up.

“My fatigue is getting better slowly, but I do still get tired after doing too much in a day.  I had a little fall in my house when I went to the kitchen and came back my legs gave way and I ended up headbutting the front door.  I was fine the next day but it doesn’t make you feel normal.”

Dean’s achievements were recognised at Headway Suffolk’s annual Awards Dinner last November, and he recently shared his experiences at a fundraiser organised by the Cambridge Masonic Lodge of Three Grand Principles No 441.

Mobility aside, Dean also continues to manage the other effects of his injury.

‘One difficulty I have is probably my attitude and my frustration’ 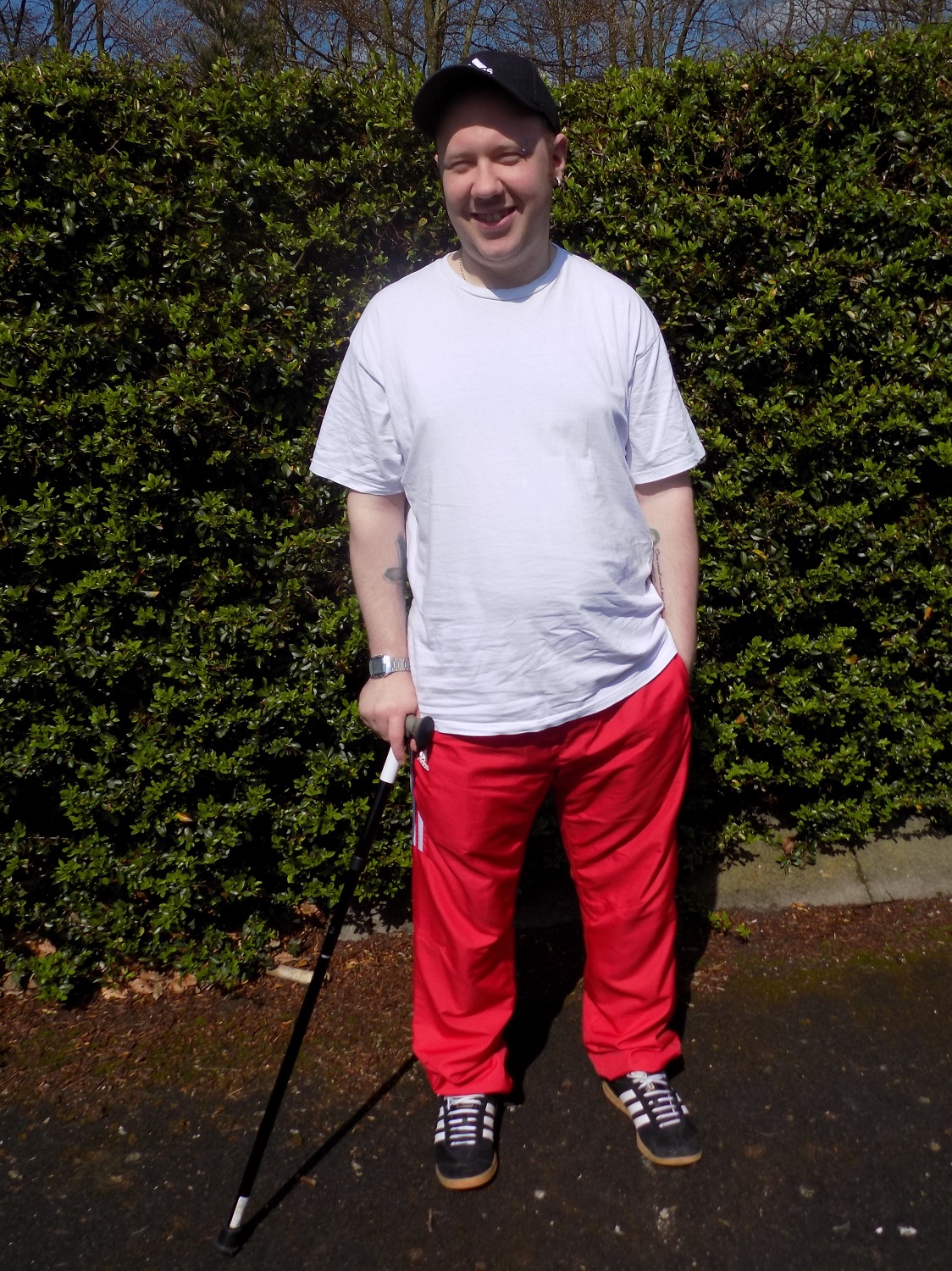 He explained: “One difficulty I have is probably my attitude and my frustration, because even silly little things like doing up your laces.  It’s the simplest thing you can do but it winds you up when it doesn’t go the right way and you end up sitting there for 20 minutes trying to put your shoes on when it should only take normally two seconds.

“Of an evening my speech gets very slurry.  It took me a few months to get my speech help properly and have a proper conversation.

“Because I was affected on my left hand side, my whole left hand side of my body shut down.  It took about a year after the accident where I could actually start to use my arm fully.

“I’ve always wanted to drive because when I was 17 I was learning how to drive manually but the technology hadn’t risen that much back then until now.

“I’ve got the theory app on my phone, so I practiced that four or five times a day for four or five months, and that’s what helped me out when I did the theory test because I did three or four practice tests on the way to the test.  I got 48 out of 50 and I got 75 per cent on the hazardous and perceptions, so I definitely aced that!

“Driving is my next goal.  I have had between eight to 10 lessons and we’re now going further afield because now it’s up to an hour and a half we can go to Bury or Cambridge.”

Dean, who had previously worked as a sign maker and at Marchant Recycling before it closed, explains how the accident occurred.

‘I’ve lost a whole year’s worth of memories’

“From what I’ve been told, I was the passenger and the lad who was driving the other car should have stopped at the crossroads but didn’t, and he crashed into us and sent our van into the ditch and rolling five or six times.

“Because I had my seatbelt on I was trapped in the van with the toolbox and everything smacking my head – that’s what caused the brain injury.”

Headway’s campaign for Action for Brain Injury Week looks at how relationships have been affected after brain injury, and for Dean, it has helped forge a closer bond with his family and identify true friendships, but it also contributed to the breakdown of a long-term relationship with a partner.

“I understand that she was alone and wasn’t able to be to be around me as much as she was before,” said Dean, about his former partner.

“We were together for five years and then this happened, and it kind of broke down.  The majority of it was, although I could do some things for myself, a lot of things were made to rely on her to be there and make sure she could do it.  It does throw a spanner in the works.”

But it has also seen its positive effects.

Dean explains: “My Dad and I have never really been that close for all my years but ever since the accident happened we have become closer and talk a lot more than what we did before.  It’s brought us closer.

“I’ve lost a lot of friends, but looking at it now I would see them more as acquaintances than real friends because I used to know 200 to 300 hundred different people but I’ve now only got three true friends that have stuck by me from day one of the accident.  They’ve encouraged me to do better.”

Dean, who meets up regularly with others he met on Headway Suffolk’s Understanding Brain Injury course, went on to explain how the charity has played an important part in his recovery.

He said: “Headway has helped me getting out of my house because I was becoming a hermit.  It’s got me out and doing stuff, like trying to play bowling and going to the cinema.  Going out and playing pool has helped me with my coordination because you have to know your angles.  Before my accident I used to be quite good at playing pool and was in one of the top teams in Haverhill.

“I’ve started going to Snookerbility at the Ex-Serviceman’s Club and that helped me reteach myself how to play pool because it’s a bigger table and a bigger area and you have to control your shots a lot more than on a small pool table.”

Dean, who uses his smartphone to set reminders for appointments due to his short-term memory problems, has an ambition of meeting GMTV’s DR Hilary Jones.

He explains: “Dr Hilary Jones recorded a programme with Cambridgeshire Ambulance Service the night of the accident and I’ve got a video on my phone of the actual accident on GMTV.  They were doing a programme seeing what they have to deal with and how vital that everyone needs the ambulance.  The one thing I would like to do, if it was ever possible, is to see Dr Hilary Jones again now that I’m awake to thank him for doing the programme.”