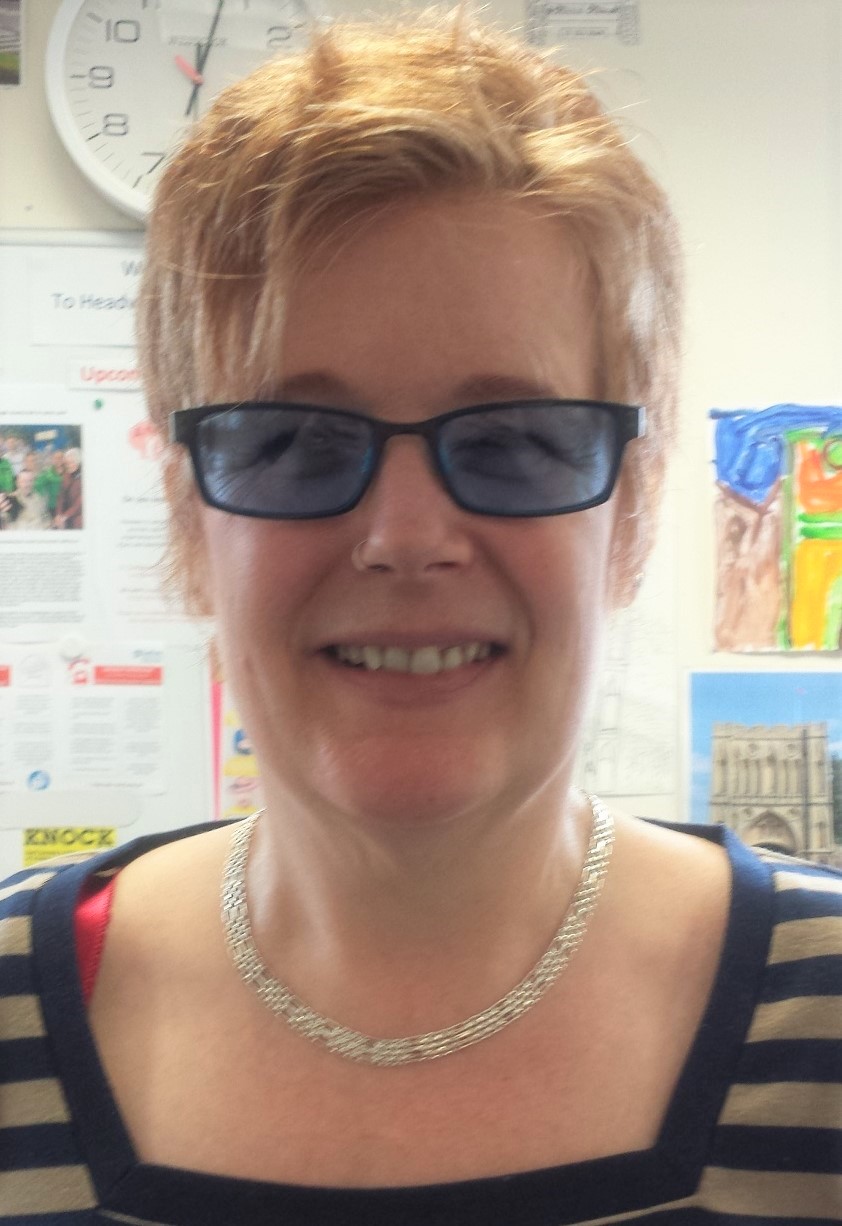 Nearly two years after a brain injury caused her to collapse while teaching in her classroom, Fiona is able to track her remarkable steps of recovery since.

Fiona had been teaching PSHE (personal, social and health education) at a local academy in south Norfolk for nine years when, in June 2015, she suffered a cerebral aneurysm and haemorrhage just a couple of weeks after celebrating her 50th birthday.

During one of her lessons as a HLTA (Higher Level Teaching Assistant) Fiona collapsed and, as the seriousness of the situation became apparent, the school’s emergency strategies went swiftly into action, which helped the quick response time.

While she was rushed to Addenbooke’s Hospital in Cambridge by ambulance, fluid built up in Fiona’s brain (hydrocephalus) and she suffered a cardiac arrest, but the quick-thinking paramedics saved her life.

After three months in Addenbrooke’s, Fiona was transferred to Colman Hospital in Norwich for three months’ intense rehabilitation before she was allowed to return to her home in East Harling.

“My mind didn’t work”, said Fiona.  “I couldn’t talk or walk properly, but they taught me how to walk up and down stairs, and how to fall properly.

“The interaction with the staff and patients really helped my speech.  I couldn’t see it at the time but their enthusiasm was infectious.

“When I got home I was reliant on my daughter because I couldn’t wash or cook, and it wasn’t fair as she was studying.  By the February two months later I was ready to make big leaps.”

It was at this time that Fiona’s connection with Headway was made, and she has since relocated back to her origins in Thetford to reduce isolation.  “When you know the cats more than the people, you know it’s time to move on!” she joked.

‘I needed Headway’s help with my memory’

Fiona, now 51, explained: “I needed Headway’s help with my memory and thinking, as well as social skills.  I was really sociable before but now I get worried and anxious of things, like getting in a taxi, which I would have been laid back about before.

“It’s been very helpful.  People at Headway can understand.  You can relate to each other and, even though someone’s speech may be difficult, the conversation is more fluent and you don’t get asked awkward questions.”

The hydrocephalus also caused Fiona left-sided weakness, which has left her with balance problems.

“My consultant has said using the Wii at Headway has helped improve my balance,” said Fiona.

“I’m now fine-tuning my recovery.  I’m trying to multi-task, like walking and talking at the same time.  You take so much for granted before.”

Fatigue is a common effect of sustaining a brain injury and it is something Fiona is learning to manage.

“My symptoms are highlighted when I ignore my fatigue,” she said.

“I got the bus recently to see how I would get on at work and, after an hour, that was enough.  It took me two weeks to recover.  Fatigue is a big problem.

“Originally I wanted to get back to work and, although I will recover, it probably will not be to the standard required to work with children.”

Headway UK’s theme for Action for Brain Injury Week is ‘A New Me’ and asks survivors if they acknowledge the anniversary of their brain injury, but Fiona isn’t ready to do this yet.