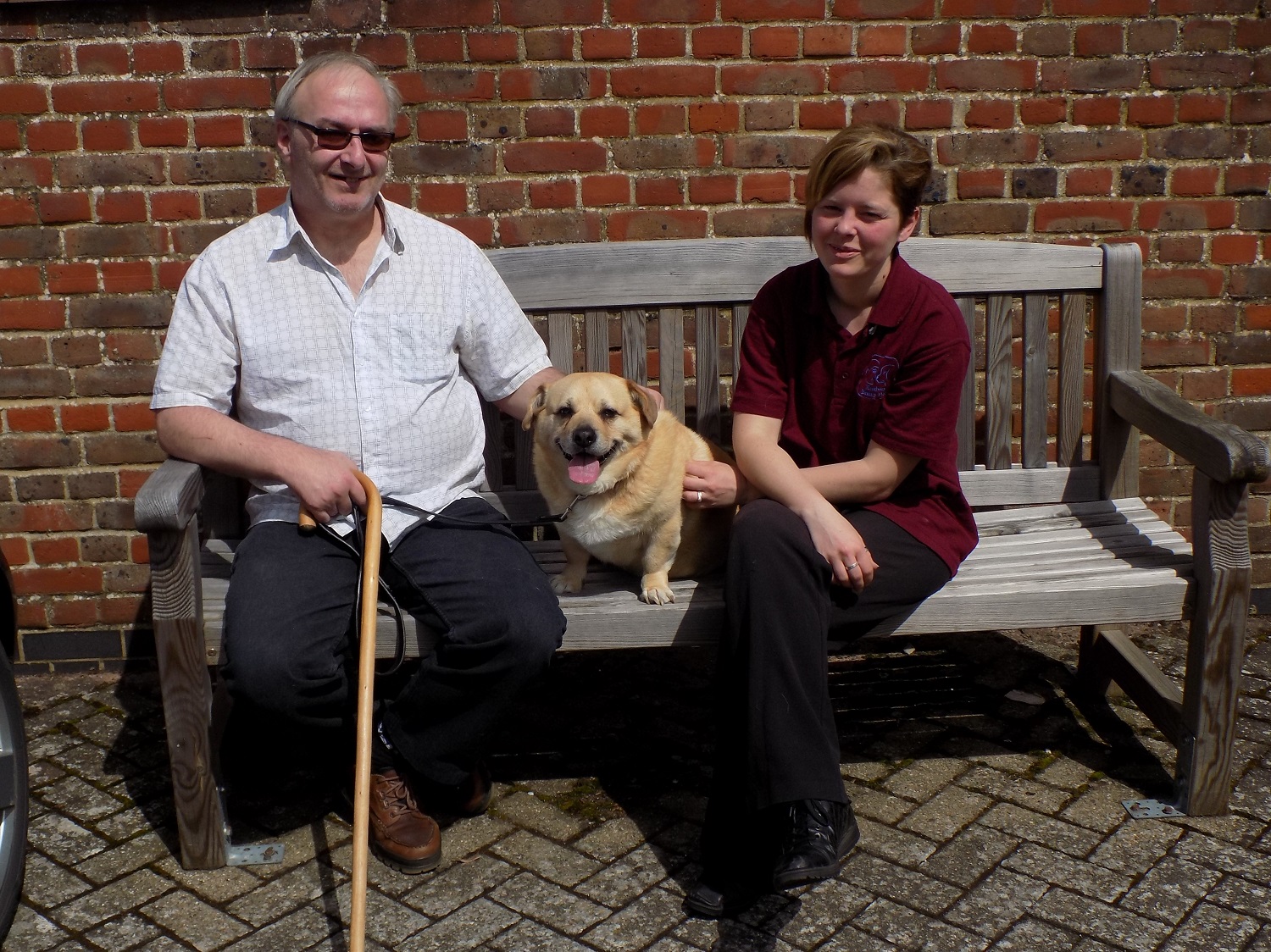 The unconditional love of his dog Boss has helped Michael Anderson put a difficult and dark past behind him and look forward to a brighter future.

Michael was 11 years old when he sustained a brain injury in 1975 when a motorbike collided into him while he was walking in Abingdon, Oxfordshire.  He was pronounced dead at the scene and spent six weeks in intensive care.

The injuries left Michael with difficulties with his back and poor left hand co-ordination.

At 18, Michael moved to Felixstowe with his family and began working on the docks.  It was here he suffered another trauma to his head when he fell from 12-15 feet off a fuel tanker while steam cleaning it.  He spent his recovery period in Addenbrooke’s Hospital.

Michael spent a troubled childhood and early adulthood in the wrong company that got him into trouble with the police.  He was also the victim of an unprovoked assault at the age of 23.

Michael, who now lives in Bottesdale, near Diss, after living in Ipswich and Debenham, said: “I didn’t stop taking drugs or breaking the law until I was 25.  It was about the dare.”

He had worked on a building site, in marketing for a water and treatment systems company, and then as a taxi driver for five years doing airport and school runs.

But Michael’s problems continued to follow him after he lost his driving licence.

‘I had a really bad breakdown. I made heavy attempts on my life’

“I had a really bad breakdown,” he said.  “I made heavy attempts on my life.  The social worker referred me to Headway Suffolk and I got on with everyone in the Brainy Dogs team.” 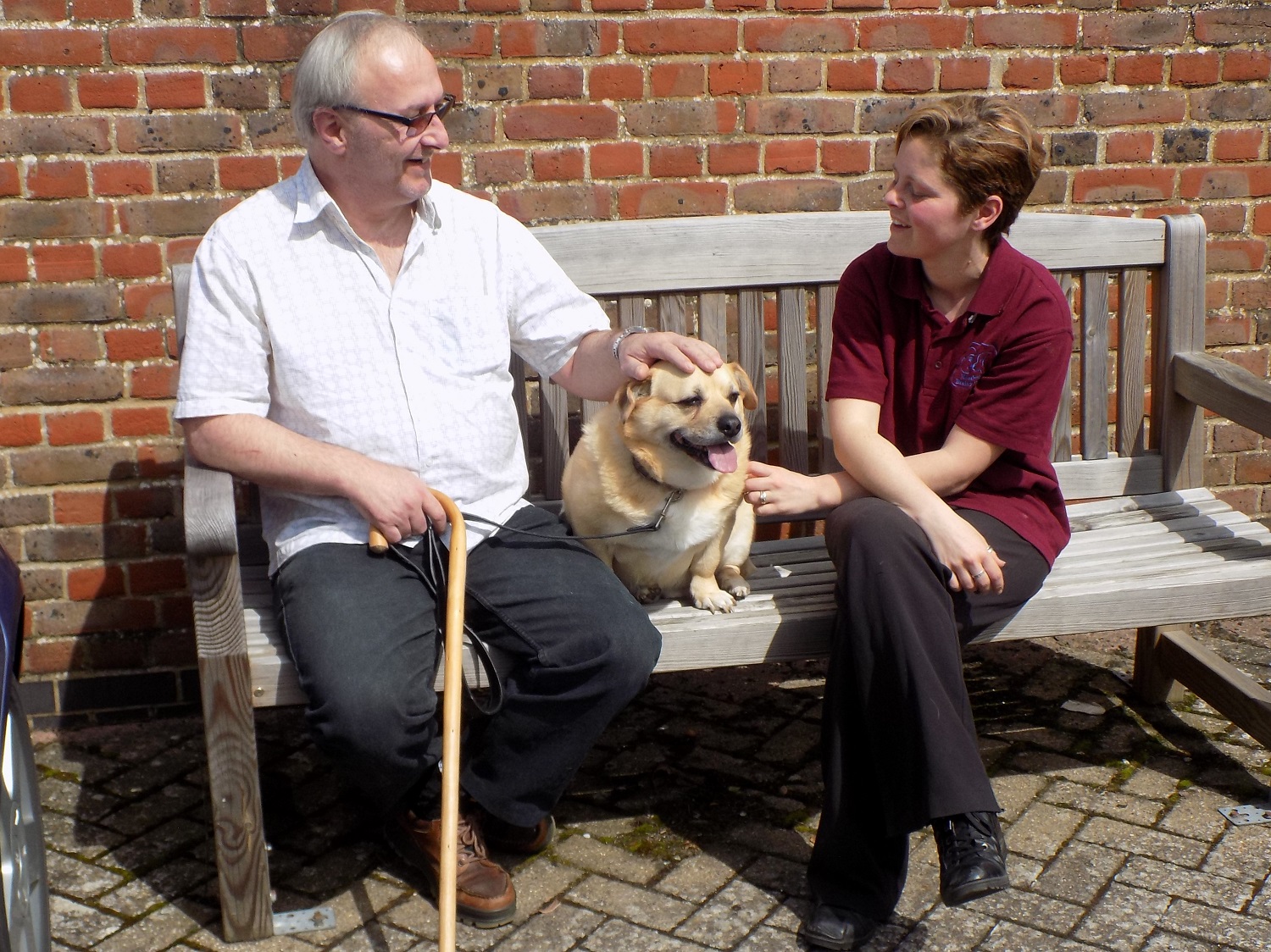 It was then, in 2012, that Michael’s life changed for the better when he met his beloved corgi.

“He was full of beans.  He was a nervous dog, but he’s No 1.  He loves kids, he absolutely adores them.

‘He’s the perfect dog.  He knows my every word and is great when out walking’

“He gave me a dependant.  I was in a confused state.  He’s fantastic and he doesn’t leave my side when I’m unwell.  He’s the perfect dog.  He knows my every word and is great when out walking.  He behaves impeccably.

“He’s very, very affectionate.  It’s like having a child!”