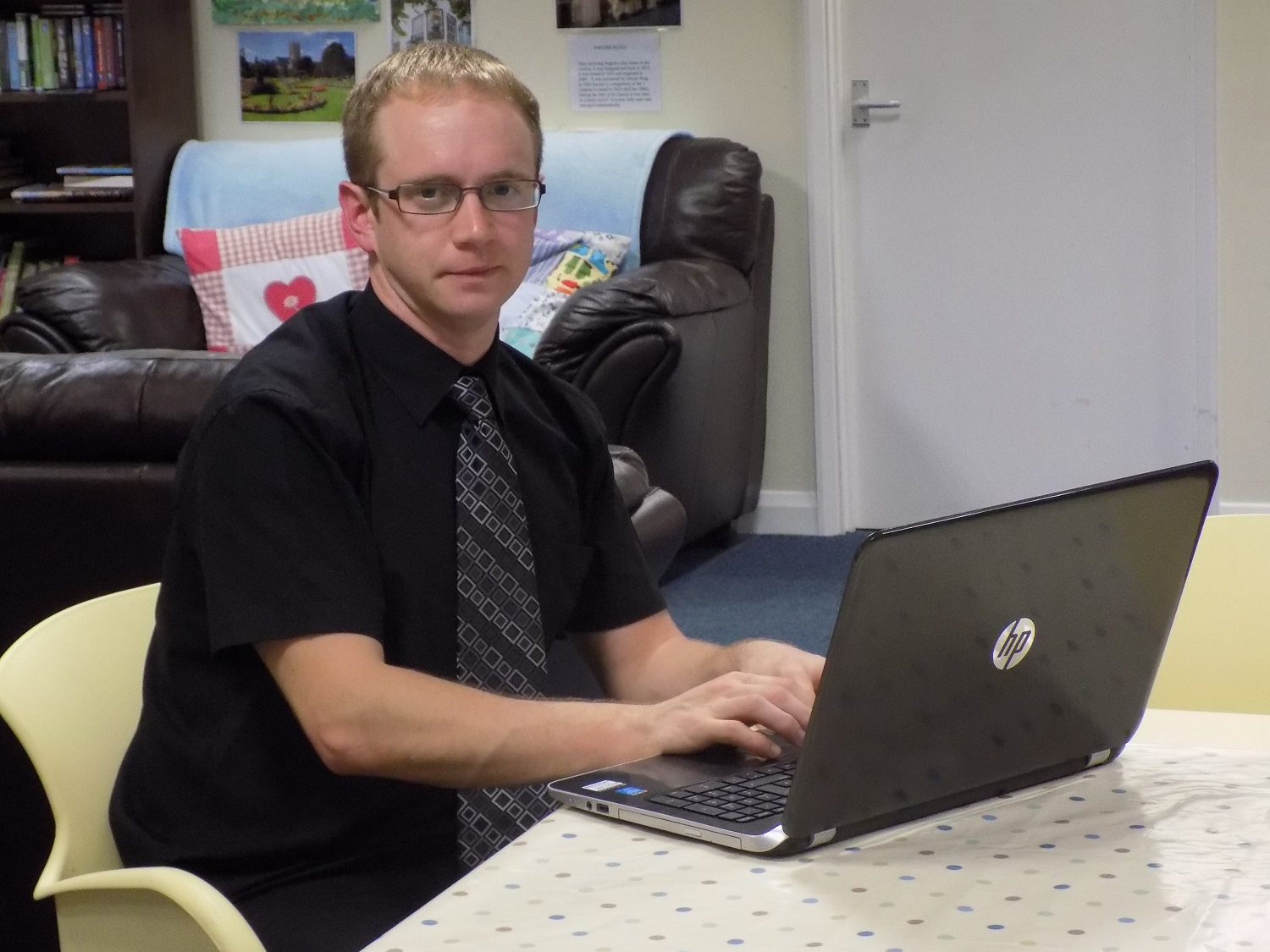 For Peter, returning to the hobby that caused his brain injury was a must.

The IT technician from Bury St Edmunds spent over a month on life support and six and half weeks on the neuroscience critical care unit at world-renowned Addenbrooke’s Hospital in early 2011 after suffering serious brain injuries and multiple organ failure in a cycling accident on January 3.

Peter was 23 years old at the time and sustained post-traumatic amnesia, left-sided weakness, sight loss and chronic fatigue, as well as many other complications at the time.

“I’m not going to forget that date in a hurry,” he says.

“I haven’t got any memories for about three months.  When it started to come back I can remember short things, like good friends would come and visit me in hospital, but it is little bits and pieces as it slowly came back to what it is now.

“I had c.diff (clostridium difficile), septicaemia, three strains of pneumonia and multiple organ failure.  I was on dialysis and a whole load of other things.  They were juggling so many different things just to keep me alive.

“I have a weak left side.  I don’t have the muscle control on finer movements and am hyper-sensitive to sounds because the frontal lobes don’t filter the sounds out, so the brain has to process them, causing sensory overload, which adds to the chronic fatigue.  So if the radio is on in the background I may think nothing of it at the time but half an hour to an hour later I will be exhausted.

“I’m partially sighted on the left side because I’ve damaged the visual cortex at the rear.”

Peter, now aged 30, keeps his consultant letter with him to help explain his difficulties to others.  “It’s because nothing is visible.  I say things to people and they don’t understand because it’s not seen,” he adds. 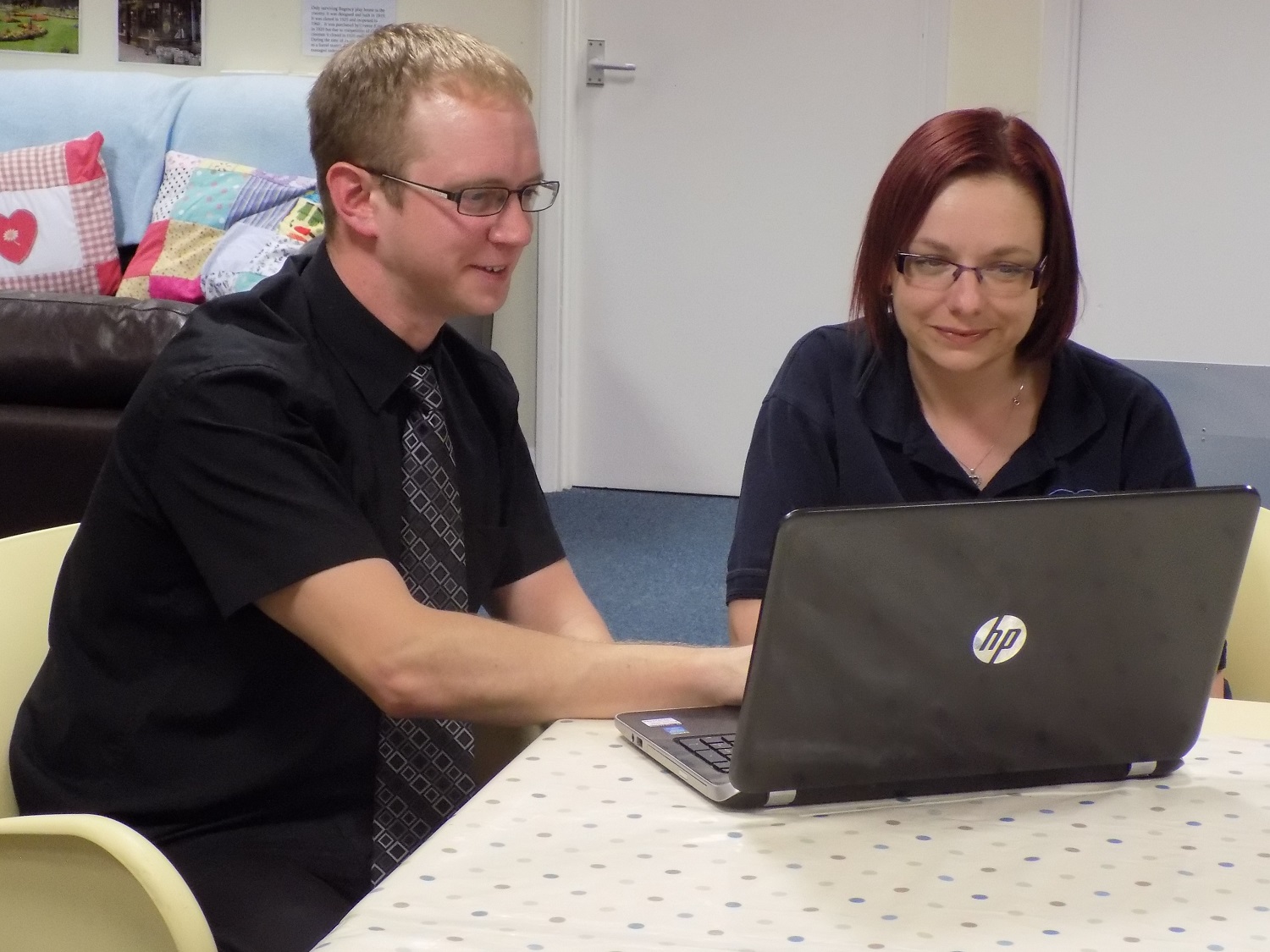 He had been cycling for three years prior to the accident and was taking part in an event to celebrate the opening of West Suffolk Wheelers’ new club room.

He recalls: “It was a slight touch of wheels but Westley Road is all the way downhill from Barrow so it would have been just under 30 miles per hour wearing only lycra and a helmet.

“I was airlifted to Addenbrooke’s Hospital where I spent a total of 84 days before I was discharged.

“The accident resulted in severe deceleration of internal organs including the brain.  I’ve been told the impact was mainly on the head, but because I was wearing a helmet that prevented depression of the skull and fractures.

“I can’t remember it at all but I’m guessing I touched the wheel in front and went down and I think two others went over me.”

Some may never want to see a bicycle again after such a traumatic and life-changing event, but Peter, who lost his driving licence due to his visual field not meeting DVLA guidelines, sees cycling as a lifeline to his independence, as well as giving him personal fulfilment and retaining his fitness.

He explained: “My mum encouraged me to get back on the bike and doing the exercise helped massively, so I kept on going.  It’s what drives me – the exercise, the positive feelings afterwards and building the physical fitness up has helped massively.

“I can jump on a bike now and cycle for two to three hours on quiet country roads and think nothing of it.  If I go through towns, that will tire me out because of all the noise and thought required when negotiating traffic.  Because the physical fitness is there it’s not taking much energy and gives more to the mental side.”

‘I was coming home from work, making a sandwich and falling asleep’

Peter’s connection with brain injury charity Headway Suffolk goes back to early 2016 when he enrolled on one of its ‘Understanding Brain Injury’ programmes that helps survivors understand the effects of their injury and learn techniques to manage in their daily lives.

He continues: “I was IT technician at Thurston Community College where I went out and supported 10 of the local primary schools one day a week.

“After the accident they were very good and kept my position open, even though I couldn’t fill it for nearly a year, but then the post became redundant because I couldn’t support the schools.

“I got my degree through University Campus Suffolk when I was 21 and went straight into IT in schools.

“I was offered a new technician post elsewhere in August 2012 and they were willing to support me in my recovery.

“They started me on 30 hours per week and I slowly built that up.

“It was getting busier, busier and busier, and I kept pushing myself day in, day out to the absolute limit hoping I would recover and get something back.

“They kept pushing me and I was at rock bottom.  I was going to work and coming home, barely putting a sandwich together and falling asleep because I was so tired.

“I was pushing myself to exhaustion and that’s when I came to Headway and done the Understanding Brain Injury course.

“I realised there was other help out there you can get for support and a few months after that I submitted my flexible working request, which thankfully they agreed to, and I’ve been doing 20 hours since then.

“Judi (Headway therapist) helped me with techniques and things gradually improved from there.

“Fatigue is always going to be there because I sustained so much damage the brain has rewired round everything.”

After gaining Headway’s help, Peter decided he wanted to return the favour and now volunteers one afternoon a week assisting with IT matters and supporting clients with technology.

He said: “I wanted to give something back after everything Headway has done for me, and I enjoy spending time at a place where I don’t have to pretend.  I can say I’m tired and at Headway people can understand that.  If I say I’m tired to someone else, they say ‘go to bed earlier’, but it doesn’t work like that, I wished it did.”

Peter cycles two-to-three times a week, averaging 5,000 miles a year, and will join several Wheelers on June 24 for the 150-mile ‘Coast to Coast in a Day’ ride from the Lake District to Whitby, with 4500 metres of ascent.

“When I get towards the end that’s going to be a struggle because riding in a group takes concentration, so I’ll probably hang off the back.

“It will give me time to react because if you’re two inches behind someone’s wheel and they hit a pot hole, you need to do something – swerve or jump over it.  That’s my biggest concern, but I want to do it and it’ll be a good day out.”

Headway UK’s theme for Action for Brain Injury Week is ‘A New Me’ and asks survivors if they acknowledge the anniversary of their brain injury, which Peter doesn’t.