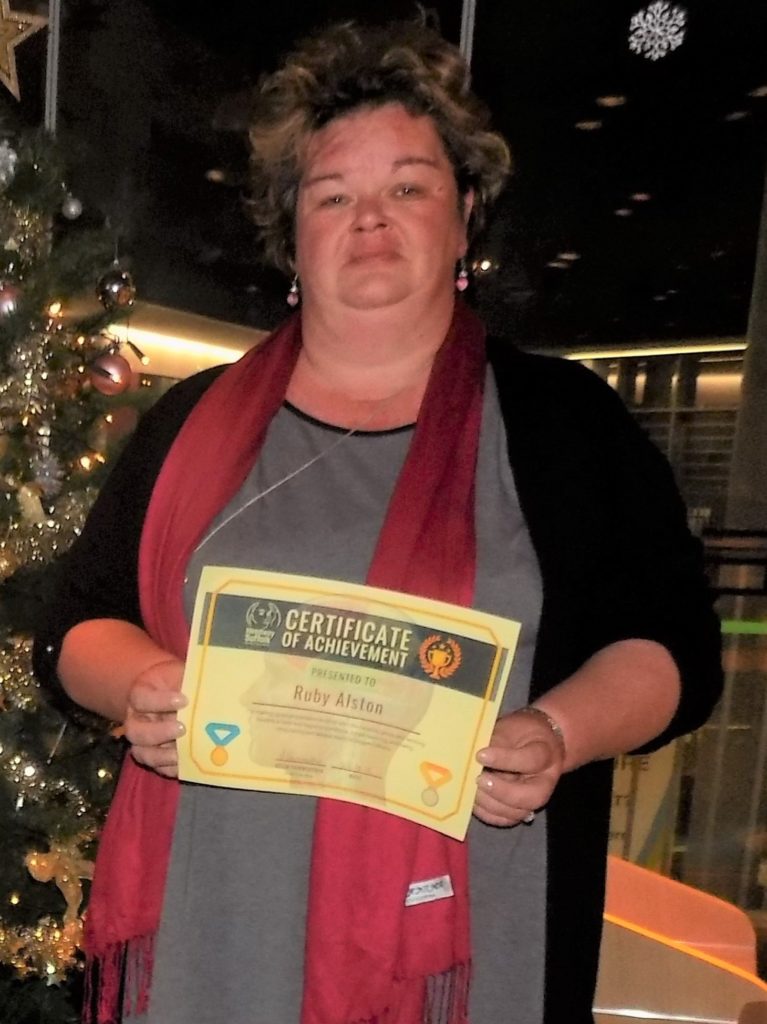 Ruby Alston has stressed the importance of not taking life for granted after living with the effects of a traumatic brain injury for over 27 years following a road accident.

It was just three days after Ruby’s 19th birthday in March 1992 when the bright A-level student’s life was changed forever when her Volkswagen Beetle (named after her love for Bob Marley) was hit by a lorry near to her home in Melton, near Woodbridge, that caused her to veer into a field, across the road and hit a brick wall of a garden.

Ruby, who is 46 and lives in Felxistowe, had to be freed by the fire service and was taken to Ipswich Hospital, but she was quickly transferred to Addenbrooke’s Hospital where the extent of her injuries were realised and she immediately went into life-saving surgery for ten and a half hours.

She suffered a skull fracture with a traumatic subdural haemorrhage and had seven blood clots on her brain. She also broke her nose, jaw, sternum, cheekbone, back and toe, as well as breaking her right elbow in nine places and underwent a total elbow replacement five years ago.

Ruby said: “I can’t remember the accident but I can in my nightmares and that’s when I sit bolt right up in bed crying my eyes out. I can have four nightmares in a row when I am worried, stressed or frightened but sometimes I don’t have nightmares for four or five months.

“It happened at 4.10pm and it’s the minute that changed my life. To me, it’s another life. I died four times and I’m on my fifth life at the moment, like a cat with nine lives.

“But I’m still here and I’m walking, talking, reading and writing. I’ve got my own flat and my pussycat Billy and he’s the love of my life. 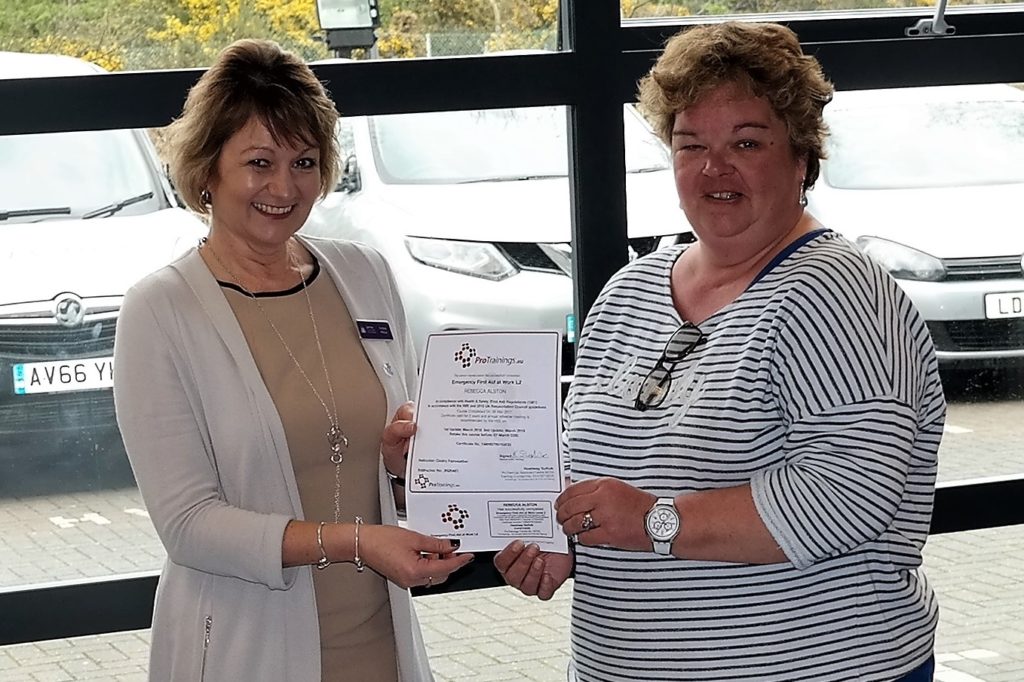 “I get very frustrated and angry at the fact I can’t do what I used to do. There are gaps in my memory where I just don’t know what happened.

“You know that your family will always be there for you in the bad times as well as the good.”

Ruby was taking a year out before she was due to start a business degree at university in London after excelling in her studies with four A-levels and 11 GCSEs and doing a typist course at Otley College.

“I had the first ten years of my life planned,” she said. “I planned to live and work in London. My late father and I sorted things out. He was going to buy my house and we were going to get four or five people to rent it.

“We went to Ipswich and I bought things I wanted. I shopped until I dropped. The night of the accident I was going out with a very good friend to the cinema and for supper to celebrate my 19th birthday.” 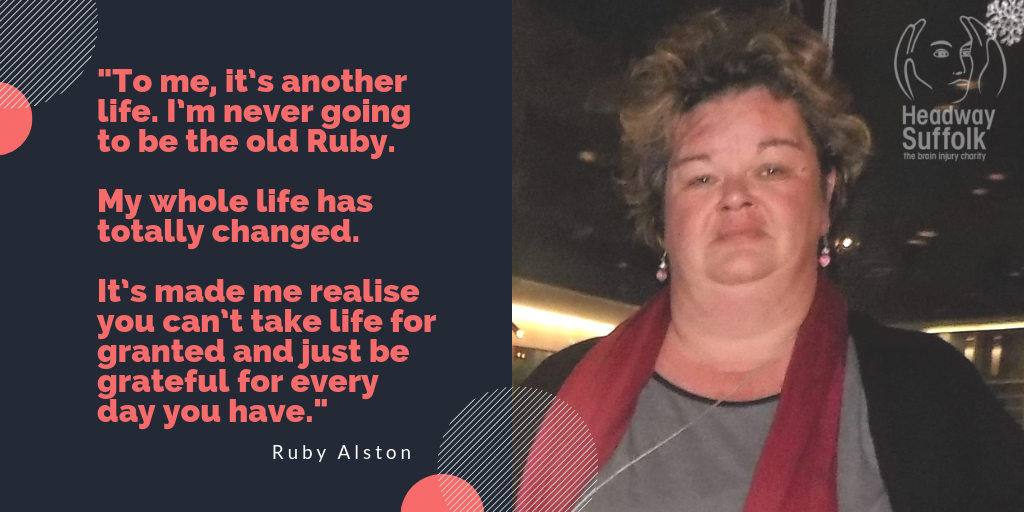 Ruby spent nine weeks in a coma and eight and a half months in Addenbrooke’s for intensive rehabilitation to learn the basics of life all over again.

She said: “I was a 19-year-old baby all over again. I had to learn to walk, talk, read, write, wash myself and dress myself.

“My first memory after the accident is getting up to learn to walk again. I did three steps and then I fell over. I was just under five stone so I kept falling on my bones and they were so brittle. Learning to walk again was my main goal. I didn’t know why I couldn’t walk.

“After being in a coma you have muscle wastage. I remember looking in the mirror in hospital and I was just skin and bone. I didn’t recognise the person I was looking at.

“I couldn’t cry for nine months, I lost the ability to cry and my way of crying was laughing hysterically. Mum couldn’t understand when something was sad I’d laugh. But to me that was crying.

After being discharged from hospital Ruby has continued her learning with reading and writing at Suffolk College, two years at residential Portland College (for people with disabilities) in Mansfield and has done a floristry course at Otley College.

She also volunteers at a British Red Cross charity shop, which she says gives a purpose to her day, and has helped at other charity shops.

Ruby has received support from brain injury Headway Suffolk since October 2015 and, as well as getting involved with activities at the Ipswich hub such as IT, music and Brainy Dogs, she has vital support to help her live independently at home, such as shopping, cooking and cleaning. 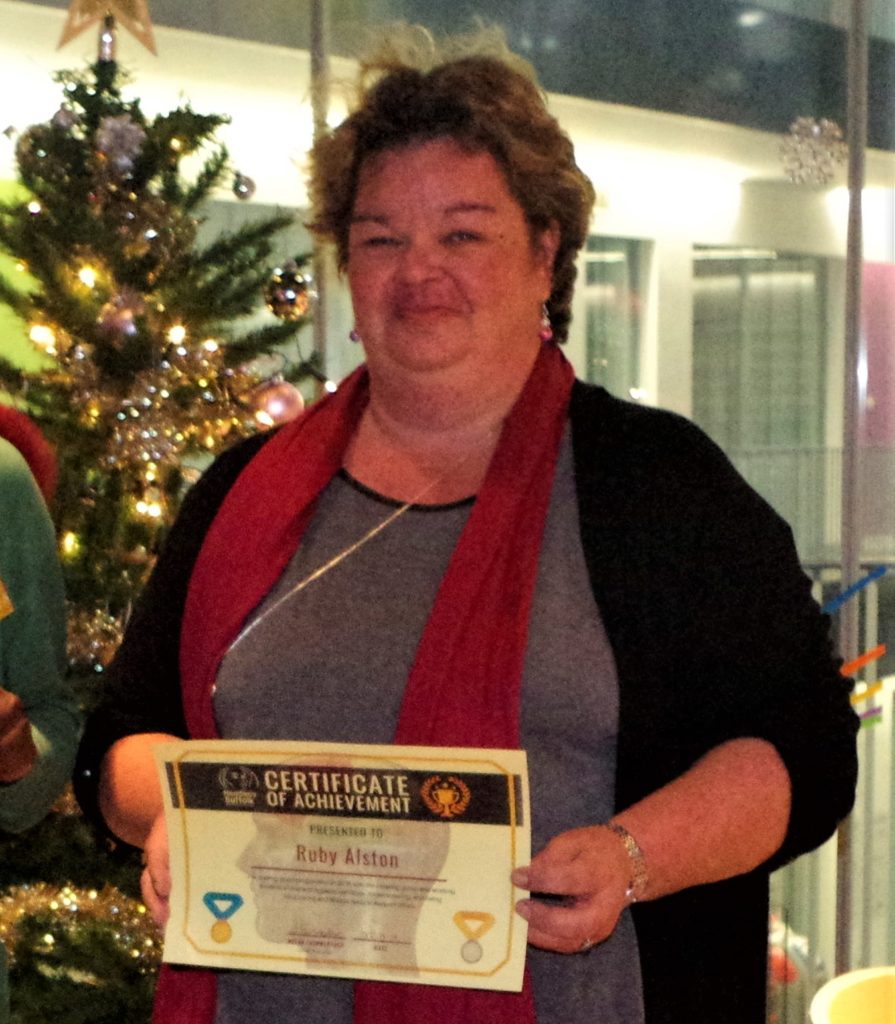 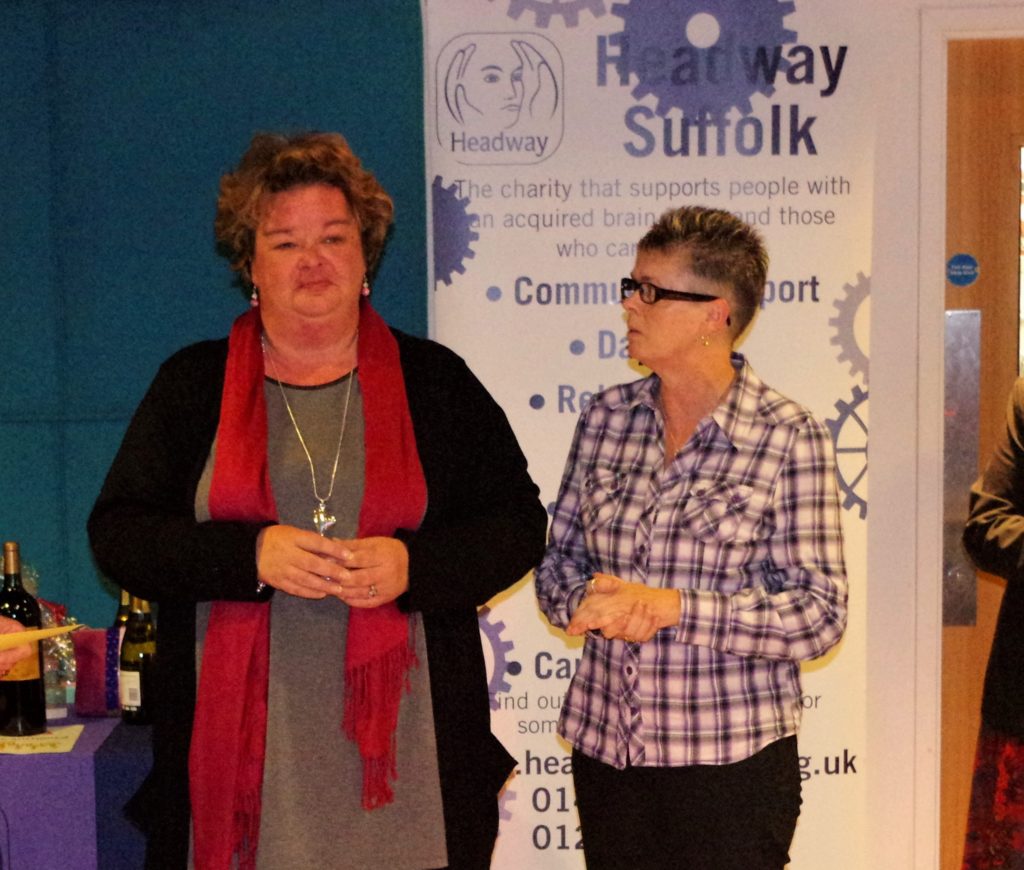 In November last year she was recognised at the charity’s annual awards for her progression and perseverance with the catering group and working towards a food and hygiene certificate, as well as being kind, caring and always ready to support others.

She said at the time: “I got the award for my hard work but I could not have done it without the support and help from Headway. I didn’t think I could achieve what I have, so I’m very proud of myself.”

Ruby suffered damage to her frontal lobe in the accident and, as a result, it has left her with personality difficulties and difficulties with her executive functioning.

She has also suffered with three serious bouts of meningococcal meningitis due to a defect in her dura in the anterior fossa of the cranium and has undergone operations to repair the dura, involving craniotomies.

Ruby explained her struggles with fatigue: “I get very tired and sometimes I get really bad headaches and I don’t know where to put myself to.

“When I get tired I walk as if I’m drunk, I stumble. My words come out sometimes gobbledygook. I know what it is but I normally start a sentence with what I should have finished the sentence. But then basically people know to leave me alone and just let me have a sleep.

“If I’ve been busy and I know I’m going to be tired, it’s time to just sit down and watch the box.”