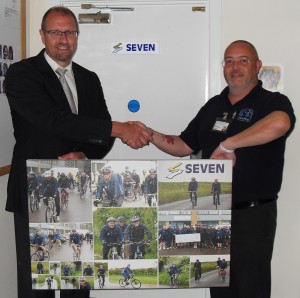 Forty-seven riders took part in Headway Suffolk’s annual Bike Ride on 26 April 2014, with this year’s route being a circular 30-mile journey from our Ipswich neuro hub to Felixstowe and return.

Our big thanks go to Seven Asset Management, who have taken part for the last 5 years and won the Headway Suffolk trophy for raising the most sponsorship.

In addition, a room at our Ipswich neuro hub is named after them in appreciation of their support.

Special thanks also goes to: Ryan insurance group, a supporter of Headway and a sponsor of one of our minibuses.; Corbel, who have taken part most years; and Kings Coffee House. 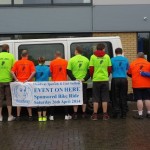 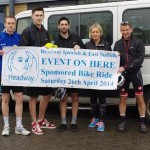 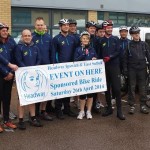 This article was posted in Uncategorized. Bookmark the permalink.