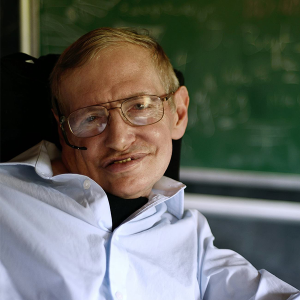 Neurology charity Headway Suffolk is delighted to announce that world-renowned professor and theoretical physicist Stephen Hawking will be guest speaker at their Neuro Conference on October 5 2016 at Adastral Park, Martlesham and The Conference Centre, Kesgrave.

Professor Hawking is author of international bestseller A Brief History of Time (over 10 million copies sold) and subject of Oscar-winning 2014 biographical film The Theory of Everything, which also won Golden Globe and BAFTA awards, including Best British Film.

He has defied medics for over 50 years since contracting amyotrophic lateral sclerosis (ALS) in 1963, a form of Motor Neurone Disease, at the age of 21.  It is a condition that Headway provides supports for, along with any form of acquired brain injury, stroke or neurological condition.

The scientist held the post of Lucasian Professor of Mathematics at the University of Cambridge from 1979 to 2009, a position originally held by Isaac Newton.  He also has 12 honorary degrees and was awarded the CBE in 1982.

Helen Fairweather, Chief Executive of Headway Suffolk, said: “In my opinion, Professor Stephen Hawking is the most intelligent man to walk the planet.  It is an unimaginable honour to have him speak at Headway Suffolk’s Conference.

“Just to be in the same room as him will be amazing.  He will be an inspiration to other people, especially those with a neurological condition.”

Despite being wheelchair-bound and dependent on a computerised voice system for communication, Prof Hawking, 74, continues to combine a busy family life, research into theoretical physics and an extensive programme of travel and public lectures.

Early booking for the event is advised.  There is fee of £30 for professionals to attend and £5 for others to cover lunch.

Click for Booking Form and return by email to: helenfairweather@headwaysuffolk.org.uk.  Telephone 01473 712225 for enquiries.

Headway Suffolk supports 250 people a week who have an acquired brain injury or neurological condition with rehabilitation and therapy at its hubs, in the community and at home.