TV and radio presenter Chris Tarrant has spoken of the importance of Headway Suffolk ahead of his guest speaking slot at the charity’s conference (on Wednesday) (writes Laura Nolan, of the Bury Free Press).

Mr Tarrant, who has supported the charity for many years, will speak out about his own stroke,

“It was fairly well publicised,” he said. “I’ve actually been associated with Headway now for well over 20 years.

“When I was working at Capital Radio I had a really nice letter from a bloke who said, ‘I would really like you to come and meet me, I was the CEO for a major company, but I had a road accident last year, which was not my fault. I am now being looked after really well by the people from Headway, I suffered a bad head injury, which has affected my speech, but my brain is still as sharp as ever, it’s very frustrating and I would like you to come and see what the charity does for people like me’.

“So I went to meet him and was very impressed by the set up. He was a lovely guy, but obviously had major speech difficulties brought on by his head injury, which had completely devastated his life, although he remained a really nice funny guy, married and had a couple of kids.

“So I’ve known about the work that Headway does for a very long time.” 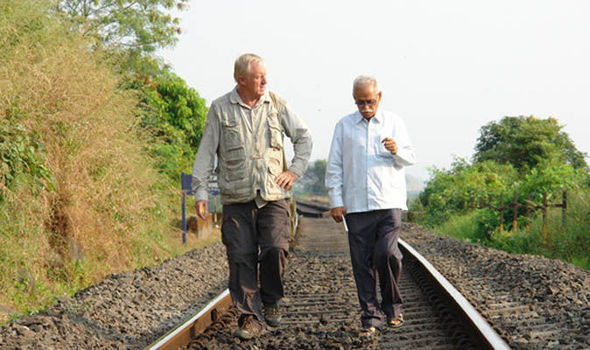 Mr Tarrant was working on a series of Extreme Railway when he slipped and fell in an airport.

“Then I got on the plane, and then it started happening again,” he said, “I suddenly realised I hadn’t got the use of my right leg, or my right arm – after a while I realised that I was probably having a stroke. I also found that my speech had become distorted.

“It sounds ridiculous, but I just wanted to get home, back to the UK. I have seen situations where, because there was a medical emergency on board a flight, they touch down in another country, but if you look at a map of the world from Bangkok to London, I’m not sure where I would want to have been put down, Iraq? Iran? Afghanistan? You see what I mean?

“Anyway, I got to London, and I finally keeled over when I got to Heathrow Airport, they rushed me into Charing Cross Hospital in an ambulance and I was one of the very lucky ones, although it was touch and go for a while.

“I was released from hospital and after six months’ intensive physio and speech therapy I was back at work.”

Since his stroke, he has worked with Headway which helps stroke patients with rehabilitation.

He added: “I have had a lot of involvement with The Stroke Society since, and I do realise that I am one of the lucky ones.

“I have changed my lifestyle quite a lot – I don’t work anything like as hard as I used to, I am much more careful with my diet, I’ve reduced the long-haul flights and I’ve stopped drinking whiskey! I just have a few beers or a glass or two of wine.”

Mr Tarrant first got involved in television in 1972, when he joined the six o’clock magazine show at ATV. He then produced and presented Tiswas, the children’s series.

He joined Capital Radio in 1984, where he worked for the next 20 years doing the breakfast show in London each morning from 6am.

“It was a wonderfully happy period of my life,” he said. “I did quite a lot of television while I was on the radio, including Tarrant on TV, which ran for 10 years, and most famously Who Wants To Be A Millionaire, which was a huge hit in the UK, and goes out in something over 120 countries around the world.

“I still get asked if ‘I want to phone a friend’ just about every single day of my life.”

For the last seven years, Mr Tarrant has been filming Extreme Railways all around the world.

He is currently in Kenya, filming Kenyan Railways, which will go out early in the New Year. 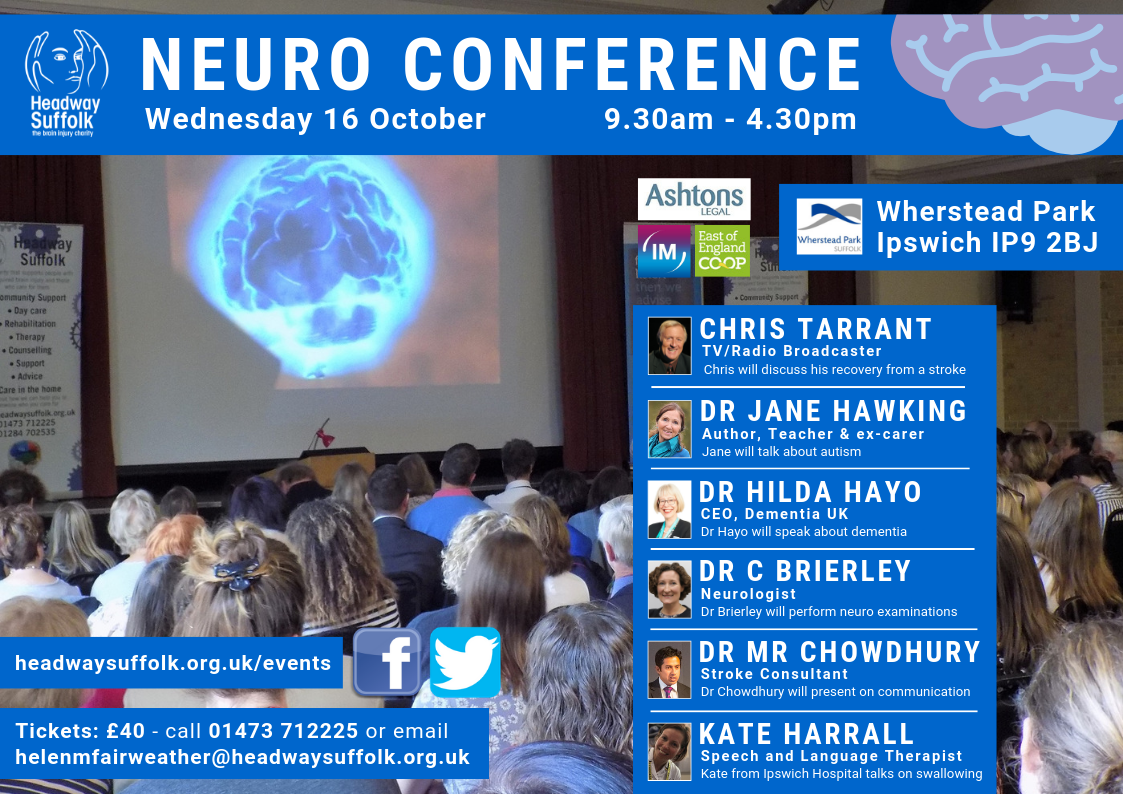 Chief admiral nurse and CEO of Dementia UK, Dr Hilda Hayo, will also be speaking at the conference, along with Dr Charlotte Brierley neurologist at Addenbrooke’s and West Suffolk hospitals and Dr Muhibbur Rahman Chowdhury, stroke consultant at Ipswich Hospital.

This year, Helen Fairweather, chief exeuctive, will give a speech on the charity’s services and its future.

Each week, Headway Suffolk supports 250 adults who have an acquired brain injury or neurological condition.

The East of England Co-Op, Ashtons Legal and Irwin Mitchell are sponsoring the event.

Tickets cost £40 and can be purchased via 01473 712225 or by emailing helenmfairweather@headwaysuffolk.org.uk.

Alternatively, tickets can be bought on www.eventbrite.co.uk/e/headway-suffolk-neuro-conference-2019-tickets-55527680788.