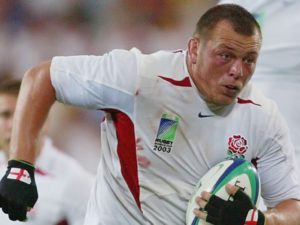 The 42-year-old, who won the Rugby World Cup with England in 2003, announced in December that he has been diagnosed with early-onset dementia and probable chronic traumatic encephalopathy (CTE) – a degenerative brain condition that is thought to be caused by repeated blows to the head.

Steve and seven other former players, all aged under 45, are proposing to bring legal action against World Rugby, the Rugby Football Union in England and the Welsh Rugby Union over what they claim is their failure to protect them from the risks caused by concussion.

Steve, who was capped 73 times by England, cannot remember winning the World Cup and sometime forgets his wife’s name.

The conference will be live streamed online securely and tickets are priced at £20.

Tickets can be booked by visiting our Events Page. You can also book by calling 01473 712225 or emailing helenmfairweather@headwaysuffolk.org.uk. 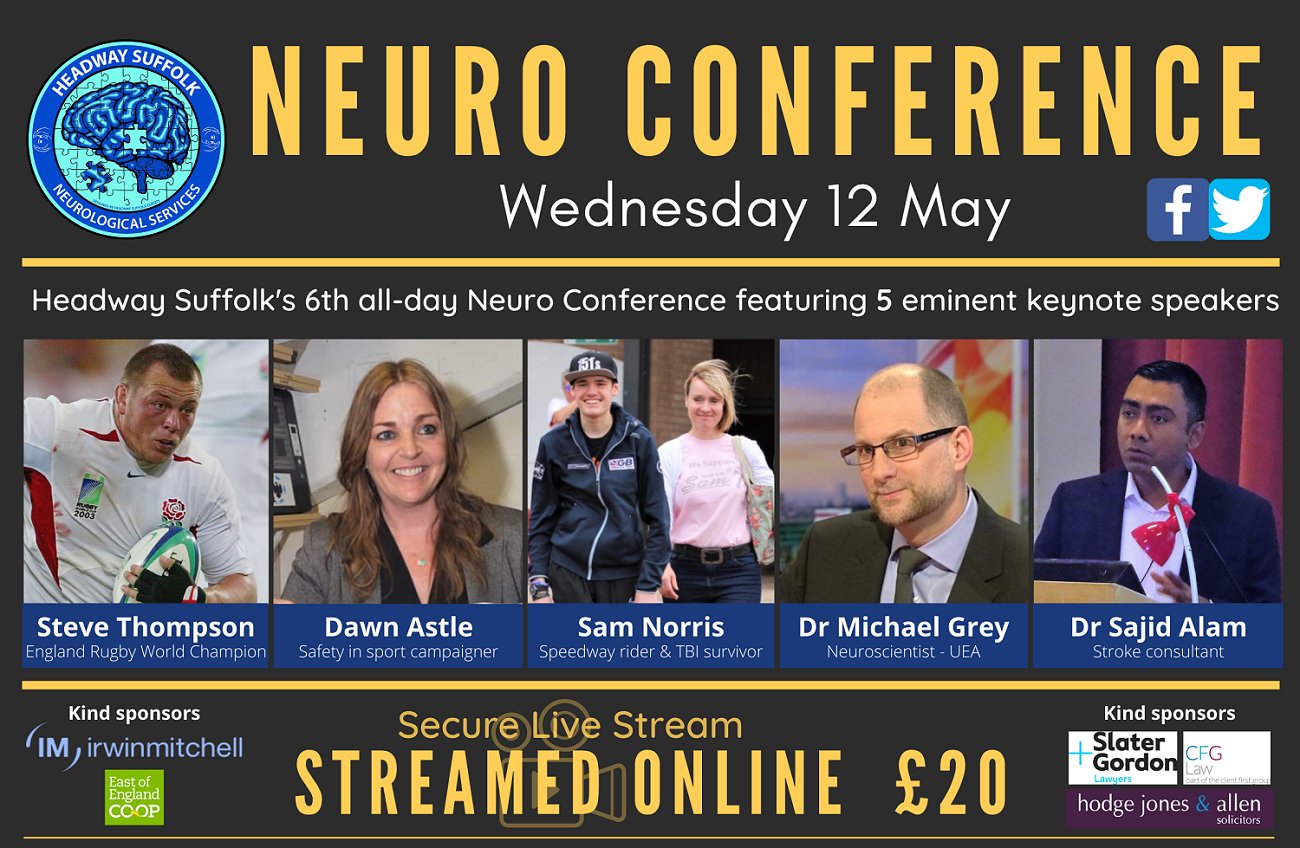 Dawn Astle is daughter of former England striker and FA Cup winner Jeff Astle and campaigner for better safety in football after Jeff died due to the concussive effects of heading a leather football.

After research found Jeff died due to CTE, Dawn and the family set up the Jeff Astle Foundation to raise awareness of brain injury in sport and to work with governing bodies to deliver independent research into the links between sport, brain injuries and neurodegenerative illnesses.

The links between dementia and football came to prominence recently with Sir Bobby Charlton being the fifth of England’s 1966 World Cup winning team diagnosed with the disease, which includes Nobby Stiles and Jack Charlton, who passed away last year.

Dr Michael Grey is a rehabilitation neuroscientist at the University of East Anglia (UEA), specialising in neuroplasticity and neurorehabilitation associated with acquired brain injury, including stroke and mild traumatic brain injury (concussion).

He is Co-Principle Investigator with Prof Tony Belli for the Repetitive Concussion in Sport (RECOS) trial being conducted at the Queen Elizabeth Hospital Birmingham.

Dr Grey is lead researcher into the UEA’s new project to test former professional footballers for early signs of dementia, which was announced last year.

Sam Norris is a 17-year-old speedway rider from Suffolk who had to relearn to walk and talk again after being struck by a bike at 50mph while racing in a British Youth Championship in Glasgow in 2019, which left him in a coma.

Sam’s recovery has been described as remarkable by medics and his positive attitude and intense fitness regime saw him achieve his ambition of getting back on a bike again just eight months later, despite living with chronic fatigue.

Sam will be joined by mum Claire, a special needs teaching assistant and intervener, who is keen on highlighting the hidden effects of brain injury after struggling to get the right educational support for Sam, as well as how attitudes from others can change and the importance of safety equipment.

Dr Sajid Alam is a consultant in stroke medicine at the East Suffolk and North Essex NHS Foundation and a stroke lead at Ipswich Hospital.

He has a particular interest in the management of TIAs (transient ischaemic attacks or ‘mini-strokes’), hyper-acute strokes and the complex investigations often required after a stroke.

His main speciality is medicine for the older person, and his sub-speciality expertise is in stroke medicine, particularly in cryptogenic and young stroke.

The conference is being kindly sponsored by East of England Co-op, Irwin Mitchell, Slater and Gordon, CFG Law and Hodge Jones and Allen.